Local authors will be signing their books between 11 am and 6 pm on Saturday, March 1st, the first day of Azalea Festival. Please come by to buy a signed copy of your favorite book!

Skye will be signing her 2012 book, Whatever It Takes, a book of political intrigue, and is promoting her upcoming book Falling for Zoe, the first in her contemporary romance series The Camerons of Tides Way.

Skye spent two years in the South Pacific working with the Peace Corps, earned a sky diving license, and is currently working on the second book in the Camerons series.

Praise for her first book:


"Whatever It Takes by Skye Taylor is an absolutely fabulous debut! Check it out if you love political intrigue."

Tracey Garvis Graves, author of Times best-seller, On The Island.

About Falling for Zoe:
When Zoe Callahan meets her new neighbor she discovers love hasn’t given up on her, even if the man who got her pregnant did. Now she just needs to figure out why Jake is so determined not to let the heady attraction that sizzles between them turn into something more than friendship. 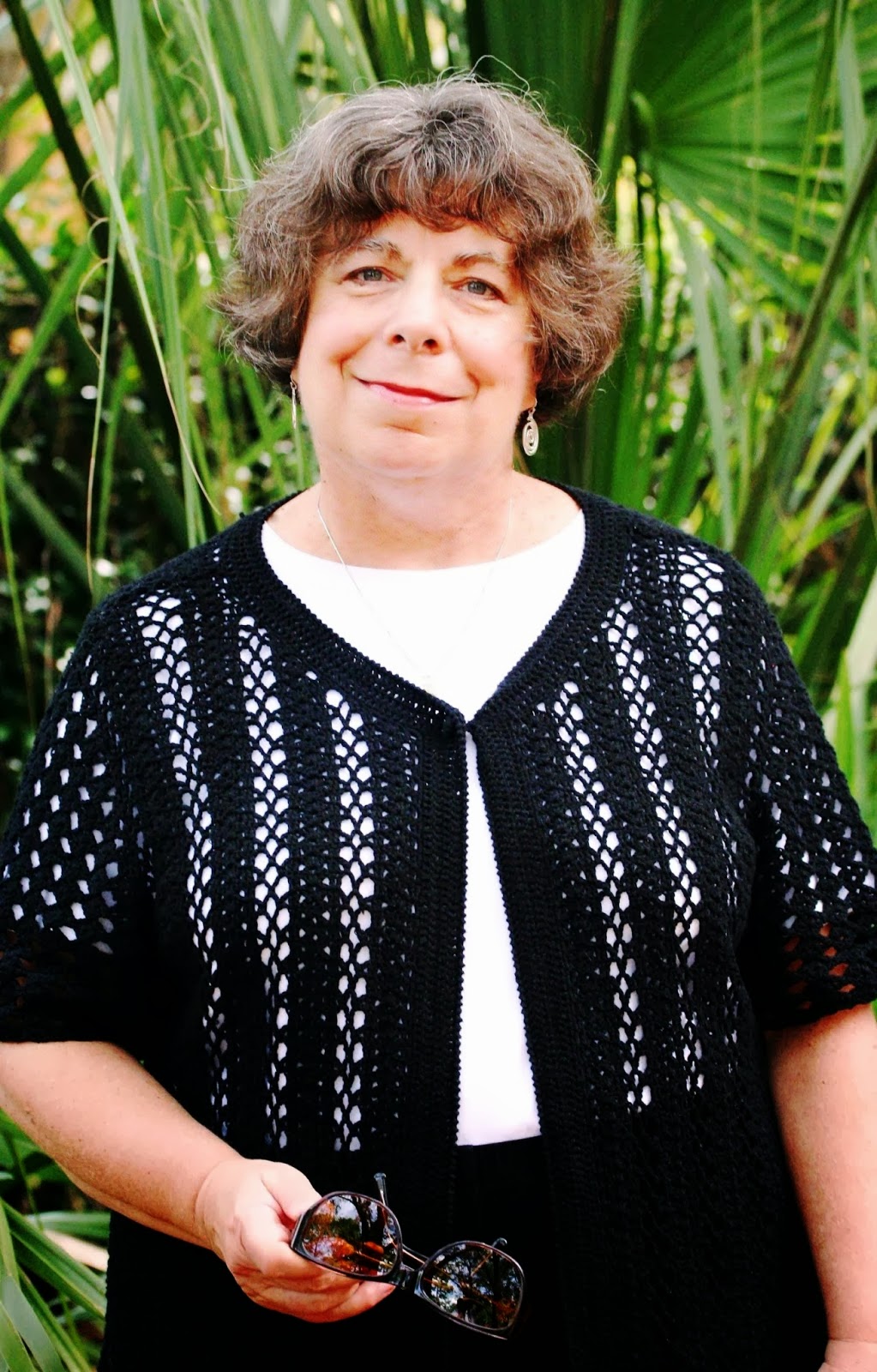 Karen will be signing her books When Hearts Speak, set in the Magnolia Midlands of Georgia, and Best Man.

Karen lives in Jacksonville and writes contemporary romance fiction. Her degree degree in Behavioral Science helps her create vibrant and memorable fictional characters involved with matters of the heart. She loves to spend time with readers and booklovers.

From the cover of When Hearts Speak:
Sarah Grace Mayhew, a Southern widow, avoids new love. When enigmatic Wyatt Harper lifts her from a fountain, he gets under her wet skin. Yet how can she love the man whose phantom enemy also targets her? And why should Wyatt cherish a woman tied to his family’s worst nightmare? Only their hearts can say…


Bob will be signing his popular book, Backcountry Lawman: True Stories from a Florida Game Warden.

From the book jacket:

In the underbelly of Florida, hardened poachers operate in the dark, out of sight and away from residents who sleep soundly through the night. But poachers are not the only midnight hunters. In the state’s public wilderness tracts, cattle ranches, and water courses, wildlife thieves are stealthily and silently tracked.


"As thrilling as any Indiana Jones epic."

"If you want to know how old-time game wardens did it, read this book."

"Has something for everybody, including white-knuckle boast chases in the dark, surveillance on bird poachers, deer decoy operations, and even an entertaining, yet important, pollution case." 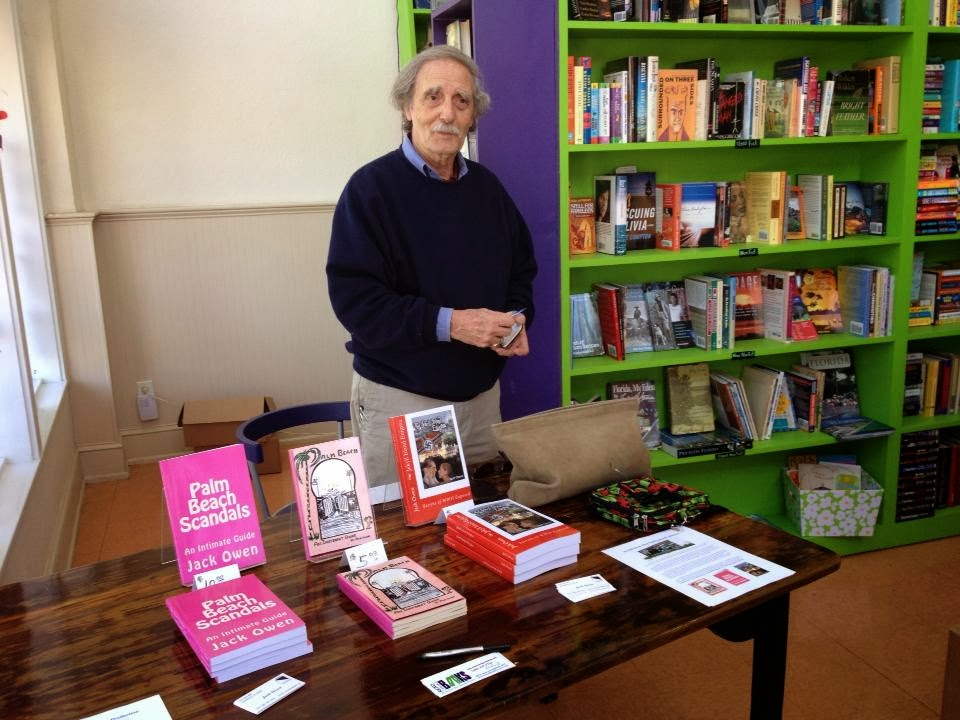 Jack will be signing his books Jekyll Island Enigma, Up and Down the Ditch, and Midshipman Porter in Harm’s Way. Jack has written for a variety of venues from the "National Fisherman" to the "National Enquirer." His books include tales of the rich, famous and infamous, of Palm Beach.

Greed and Nazi plans of conquest found an able match in a Russian industrialist emigre in the weeks before Pearl Harbor propelled the United States into World War II.

"...takes you on a journey using a variety of notes written during the great depression years of 1937-1940 as stepping stones.

It was during those years in Newport, Kentucky, that third grade teacher Miss Schneider began collecting the written excuses the mothers of her students sent in as to why their children were absent from school. These humble, heartfelt and sometimes humorous notes have been cloistered in a scrapbook for more than seventy years."

Jerry will be signing his books in the The Soul Sword Chronicles series.

Praise for the first book in the series, The Gnome in the Tapestry:

"...a wonderful story of courage, friendship & adventure. Jerry Teske brings to life a vivid portrait of three young friends in their quest to find the last elf king. Creatures of fantasy, both good and evil, spring to life in this fast paced novel that is sure to thrill."


Cheri will be signing her book Descent.

Cheri is a writer, editor, teacher, wife, mother, grandmother and friend, in whatever order works best in the moment. Most days you can find this Sisters in Crime member working on her blog, "The Brass Rag," or working on the next novel in her fantasy series, Rephaim. Cheri lives with her husband and two Chihuahuas in Florida.

thebrassragcnr.wordpress.com
From the cover:
When Captain Fomor leads six angelic warriors to Earth in an attempt to escape the war in Heaven, not only do they unwittingly set into motion the age of legends, but they must face an inescapable evil that threatens to destroy them, the humans they fall in love with, and the Earth itself.

Larry will be signing his new book Nell’s Tavern.

To hungry aliens, an frontier planet with no military presence looks like an invitation to lunch.

Constable Mike Boone never expected his quiet morning ride investigating rumors of dead livestock to take a turn into a war. Confronted by plasma rifle-toting aliens, he finds himself out gunned and outnumbered.
In a desperate bid to save the planet, Boone reluctantly enlists the aid of an old enemy banished for his part in a bloody stellar conflict.

Complicated by the aliens' strange allies and an even stranger artifact, and with battles raging in space and on the planet, the action rushes to a furious climax.

The Age of Miracles
by Karen Thompson Walker
A review by Kristin~ Star Trek did it better... Yes, this part... always makes me cry... This book had promise and it did truly have a handful of beautifully constructed sentences and images. The loss of birds made me feel he...

The Littlest Angel
by Charles Tazewell
This was, along with "A Garfield Christmas Special" and "Disney's Very Merry Christmas Sing Along", a Christmas tradition for me as a kid. I loved the colorful vivid illustrations and the sweet story. This book still makes it feel like ...

Divergent
by Veronica Roth
Review from friend of the store, Carol: "All I can say is, 'WOW!' I'm not going to go into a description of the book since so many reviews have been written but I couldn't let this go without saying just how much I loved this book. F...

I Could Pee on This: And Other Poems by Cats
by Francesco Marciuliano
This hilarious collection of poems "by cats" has been a store favorite. If you are a cat lover this is a must have for your coffee table or anywhere where you need a book that you can pick up any time for a quick chuckle.

Hyperbole and a Half: Unfortunate Situations, Flawed Coping Mechanisms, Mayhem, and Other Things That Happened
by Allie Brosh
I have loved Allie Brosh's blog ever since I was first introduced to Dogs Don't Understand Basic Concepts Like Moving. Her quirky illustrated blogs have made me burst out laughing and at times sob quietly to my computer "I know exactly h...

Eats, Shoots & Leaves: The Zero Tolerance Approach to Punctuation
by Lynne Truss
This one's for the grammar lovers out there, and everyone else too!

On the Edge
by Ilona Andrews
This book is like chocolate and kittens, it made me feel all warm and fuzzy inside. On the Edge may not technically be as good as Andrew's Kate Daniels series (in the opinion some), the characters may lack Kate and Curran's depth, but I ...

Term Limits
by Vince Flynn
"A page turner from start to finish. The storyline reminds sometimes of our current political and government environment, a little frightening. The reader will sometimes go back to read the copyright date. It's wild and violent with "goo...

Schooled
by Gordon Korman
I read this one last summer, in between customers, at our old space. As I was shelving books this bright yellow cover and the blurb on the back called to me. I'm glad that I read it, because Schooled was a fun read that made me smile and...

Legend
by Marie Lu
A review of Legend by one of our young readers: "The author of the book "legend" goes into deep context with her flow of words. The author's writing made me want to read nonstop. I kept reading word after word. page after page, chapter ...